The Beach at the Sea Foam Apartments....

Today we welcome D.J. Kozlowski. D.J stopped in the Grove to talk about his new release, The Beach at the Sea Foam Apartments, a Sea Mist Series short. Available for pre-order on Amazon, iBooks, Kobo, AllRomance/OmniLit and GooglePlay.

Author’s Blurb and Excerpt:
Minor magic can have unintended consequences.  At the beach across from the Sea Foam Apartments, the fates of five people are tragically altered through Melinda’s well-intentioned meddling.  Now, Melinda has a chance to help these people find their destinies and restore life to the beach, but she’ll need some help.  Fortunately, someone has been watching.

“She recalled the sun rising from behind the sea, darkening then illuminating the lighthouse and brightening the sands whose sparkle mixed with the shimmering waves to cast all the early joggers in a discotheque strobe. This place had magic to it.”

Storyteller’s Grove:  So tell our readers how it started…
D.J: I started writing this book after seeing a friend's social media post about the call for submissions. At that point there were about three days left to submit. I had some time, so I challenged myself to gather some of the thoughts rattling around in my brain and transpose them to paper in some sort of orderly fashion. 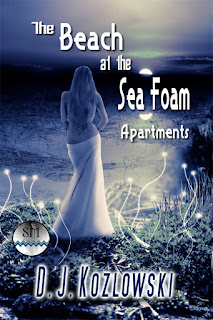 It was a scramble and took a lot more effort than I anticipated. The story was there and the writing came easy, but keeping everything straight and ensuring that everything that needed to be resolved was resolved was tough. I had a hard time holding back. I wanted to go in-depth on some character background or sprinkle-in other characters who live in my head. But I don't like extraneous text in stories--especially short stories. I added what I felt I needed to advance the story and describe the scenes, but that was all.
Three Worlds Press responded to my submission quickly, and it was off to the races. I was fortunate to have a fantastic content editor, Missy (Melissa) Shirley (who's also an author--you should check her out). She was patient and careful. We rarely disagreed and worked efficiently to tighten-up the story. After that it was a simple matter of choosing artwork and getting the cover to look right.

Author Bio:
D.J. Kozlowski writes gothic horror, dark fantasy, and magical realism, drawing inspiration from the likes of Poe and Lovecraft. When he’s not writing, D.J. counsels businesses as an attorney. He lives in Connecticut with his wife, 3 kids, and fish, the latter of which is constantly being replaced for the sake of the children. He tries not to take life too seriously.


All Romance eBooks: https://www.allromanceebooks.com/product-thebeachattheseafoamapartments-1820887-149.html
Posted by Karen A Smith at 9:45 PM No comments: 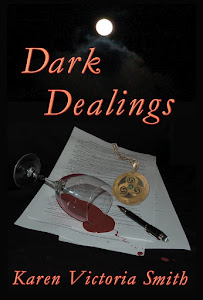